Background sky reﬂectance by the rough sea surface is accounted for as part of the Rayleigh correction. Some sensors (CZCS, SeaWiFS, OCTS) can be tilted to avoid looking at glint near the Sun’s specular direction. Other sensors (MODIS, VIIRS, MERIS, OLI) do not tilt and therefore must account for specular reﬂection.

Wind speed and surface glint corrections are computed as described in Wang (2002): Run the numerical model to compute a look up table (LUT) of TOA Fourier components (his Eq. 3) for the following conditions:

where is in micrometers. These values and the corresponding Rayleigh depolarization ratio are shown in Fig. 1. (At the scale of this ﬁgure, the Bodhaine values are almost indistinguishable from the values given by the formula of Hansen and Travis (1974) (see Eq. (15) of Bodhaine et al. (1999)), which were used in earlier calculations.) 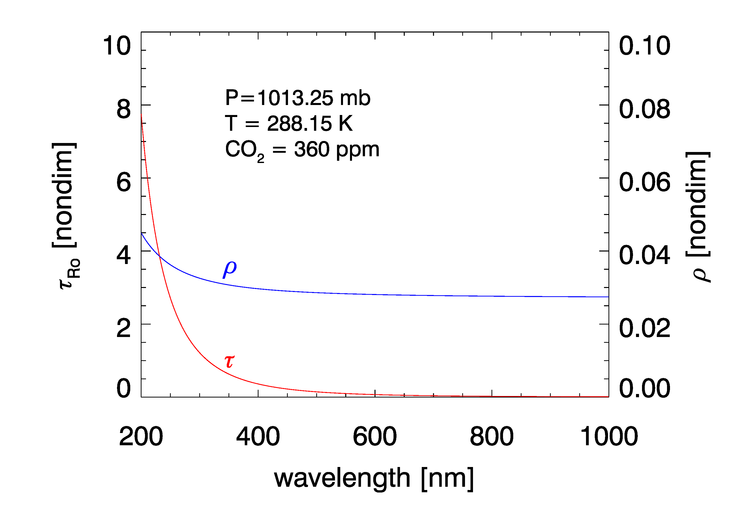 Figure 1: The Rayleigh optical thickness and depolarization ratio based on Bodhaine et al. (1999).

During image correction, the wind speed for a given pixel comes from NCEP 1 deg gridded data, interpolated to the image pixel.

is the geometric air mass factor for the total path through the atmosphere. is a coeﬃcient that is determined so that Eq. (2) gives the best ﬁt to as computed by an extremely accurate atmospheric radiative transfer model when run for values of sea level pressure . Numerical simulations show that this coeﬃcient can be modeled as