This chapter discusses how light is reﬂected by and transmitted through air-water surfaces, and how it is reﬂected by opaque surfaces such as the ocean bottom or an object in the water. The Level 1 discussion begins with the basics of reﬂection and transmission of unpolarized light by a level or ﬂat water surface. Although the ocean is rarely glassy smooth, reﬂection and transmission by rough, wind-blown surfaces are modeled using the equations for a ﬂat surface applied to each small patch of sea surface, which although tilted from the normal to the mean sea surface can be assumed to be locally ﬂat. Other Level 1 material introduces the bidirectional reﬂectance distribution function or BRDF. The BRDF is the fundamental quantity for specifying how an opaque surface reﬂects light.

The wavelength of visible light is much, much less than the millimeter and larger spatial wavelengths of the waves on wind-blown surfaces. Therefore, the laws of geometrical optics and the idealization of a narrow ray of collimated light give a good description of the relevant physical processes.

Figure 1 illustrates a level surface with light incident onto the surface from the air side (panel a), and from the water side (panel b). The real index of refraction of the air is , which is taken to be one. is the real index of refraction of the water, which is approximately 1.34 at visible wavelengths. is a unit vector normal to the surface. is a unit vector in the incident direction; and are respectively the directions of the reﬂected and transmitted rays. is the acute angle between the incident direction and the normal, and and are the angles of the reﬂected and transmitted rays relative to the normal.

Figure 1: Illustration of incident, reﬂected, and transmitted rays for air- and water-incident light.

The incident, reﬂected, and refracted directions all lie in the plane deﬁned by and . The reﬂected angle is always equal to the incident angle: , which is known as the Law of Reﬂection. The incident and transmitted angles are related by

where subscripts 1 and 2 refer to any two media. This equation is usually called Snell’s law, although more properly it should be Snel’s law. It was rediscovered in the west by Willebrord Snel van Royen (1580-1626). In the days when European scientists published in Latin, Snel’s name was Latinized to Snellius, which became Snell as Latin was replaced by German and then English as the common language of physical science. However, this law (in a diﬀerent but equivalent form) can be traced back to the treatise On Burning Mirrors and Lenses published by the Persian Abu ibn Sahl in Bagdad in 984.

Figure 2 gives a visual representation of the relations between the various unit vectors, angles, and indices of refraction. 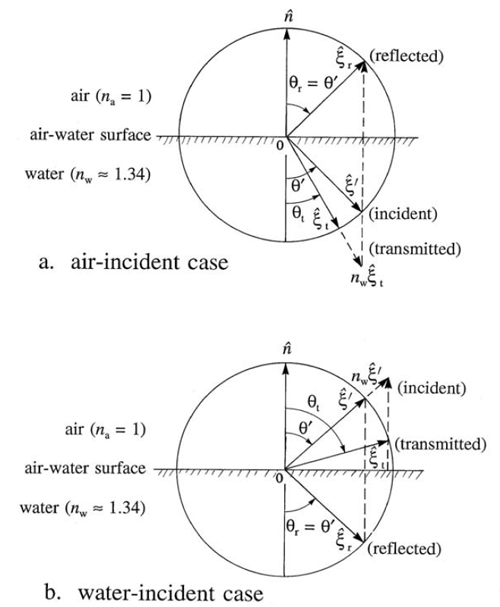 Figure 2: Graphical representations of relations among incident, reﬂected, and transmitted directions. Reproduced from Fig. 4.2 of Light and Water (1994), where .

For air-incident light, and Snel’s law reads . Then the angle of transmission is given by

The relations between the unit vectors are given by the following equations (with ):

For the water-incident case, Snel’s law reads , in which case the angle of transmission is given by

The relations between the unit vectors are then

If , Eq. (3) gives a real value for and light is transmitted from the water to the air. However, if is greater than the critical angle for total internal reﬂection

then there is no real solution for the inverse sine. In this case, all light incident onto the water side of the air-water surface is reﬂected back into the water. This is called total internal reﬂection. The dotted line in the right panel of Fig. 1 represents the critical angle. The red unit vectors illustrate the case with both reﬂected and transmitted light, and the yellow vectors represent the case of and total internal reﬂection.

It should be noted that air-incident light with a grazing incident angle of is transmitted into the water at the critial angle: . Thus light from the entire sky is transmitted through the surface into a cone of half angle , which is known as Snel’s cone.

The equations of the previous section show the relations between the angles and directions of the incident and the reﬂected and transmitted light. However, they do not show how much light is reﬂected or transmitted. That information is given by Fresnel’s equations.

Consider a collimated beam of unpolarized incident light, which has some irradiance measured on a surface normal to the direction of propagation. The fraction of this incident irradiance that is reﬂected by the air-water surface is

which holds for . For normally incident light, , the reﬂectance is

Equations (5) and (6) hold for both air- and water-incident light. Given the incident angle , the transmitted angle is computed using either Eq. (2) or (3), and then Eq. (5) (or 6) can be evaluated. For water-incident light and , . Figure 3 shows the Fresnel reﬂectance for the range of water indices of refraction at visible wavelengths.

However, for water at near-UV to near-IR wavelengths, and the diﬀerence is negligible. However can be of order 0.1 to 1 at some UV and far-IR wavelengths, in which case the complex index of refraction must be used. 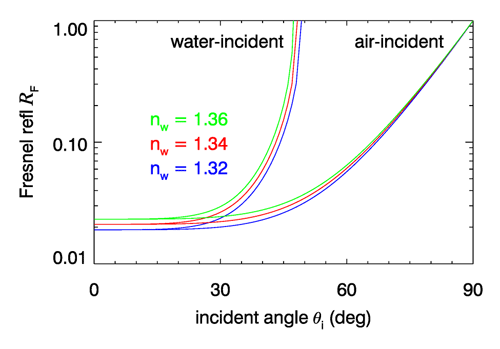 Conservation of energy requires that the sum of the reﬂected and transmitted energy equal the incident energy. Thus the fraction of the incident energy that is transmitted is . It can be confusing to see that energy is conserved when diﬀerent quantities such as plane irradiance, scalar irradiance, or radiance are used to describe the light, or when the incident light is not a single collimated beam. This is discussed in detail on the page on Energy Conservation.

Reﬂection and transmission are much more complicated when the incident light is polarized. The Fresnel reﬂectance and transmittance equations for polarized light are given in the Level 2 page on the Fresnel Equations for Polarization of this chapter.

The Law for Radiance

Snel’s law yields an important result governing how unpolarized radiance changes when going from one medium to another, e.g., when crossing an air-water surface. Figure 4 shows two beams of radiance, one incident onto an interface and one transmitted. Let be the incident radiance in medium 1 deﬁned by power passing through an area normal to the direction of photon travel and contained in a solid angle , where is polar angle measured relative to the normal to the surface and is the width of the solid angle in the azimuthal direction. Likewise, is the transmitted radiance in medium 2 deﬁned by the corresponding quantities as illustrated. The azimuthal angle does not change when crossing the surface, so . The incident and transmitted power passes through a common area at the interface. 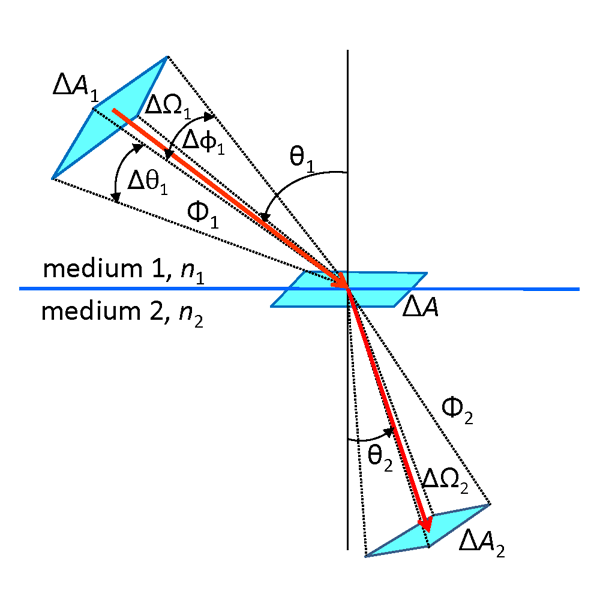 Figure 4: Geometry for deriving the law for radiance.

The indices of refraction and are ﬁxed, but the polar angle changes when crossing the interface. Squaring Eq. (1) and diﬀerentiating gives

which is known as Straubel’s invariant.

The radiances are deﬁned by

Fresnel’s equation gives the transmitted power as . The areas are related by and . Thus the ratios of the incident and transmitted radiances can be written as

This result is called the n-squared law for radiance. The quantity is sometimes called the reduced radiance or the basic radiance.

To the extent that losses to absorption and scattering out of the beam can be ignored (sometimes a good approximation for atmospheric transmission, but almost never the case in water), the radiance divided by the square of the index of refraction is constant along any path. This result has even been called the Fundamental Theorem of Radiometry, which is perhaps a bit grandiose given that real beams always lose at least some radiance due to absorption and can lose or gain radiance due to scattering.

Comments for The Level Sea Surface: